The Most Fuel-Efficient Campervan by MPG

For people looking to switch to a campervan, or make their campervan a daily driver, fuel economy is often a concern. Heavier campervans do decrease fuel efficiency and the often-smaller petrol engines don’t help. However, some campervans are more fuel efficient than others, and there’s always ways to increase your fuel efficiency. Read on to learn more.

With VW campervans, the MPG (miles per gallon) does vary across the different types. This is especially because the original T2s on the road are from c.1960 and modern California’s come with TDI engines that are designed for modern emissions and MPG tests. Finding concrete MPG stats for earlier campervans is tricky, as MPG wasn’t regulated by law then through the WLTP tests, so no one had to release road test MPG. Similarly, customer reported MPG is also tricky to obtain, as dashboards didn’t display MPG until recent years in the VW Transporters.

MPG also varies incredibly in older models, as many owners have mapped their engine to deliver a higher bHP, which will affect MPG. We’ve collated reported MPGs and applied urban and rural driving (city vs motorway driving) to understand what VW Transporter has the best MPG. For the T2-T4 we used data from drivers on fuelly across a variety of manufacturing years to obtain a fair average.

The first VW campervan, the T2 now has a variety of MPGs seen, thanks to extensive modifications and remapping for modern drivers.

As the T25 and T3 are regularly interchanged, we’ve combined them into one category for ease of averages. Similarly, the T25/T3 has a variety of reported MPGs like the T2, thanks to extensive aftermarket modification and upgrades to keep these vintage campervans on the road for longer.

The T4 came out in 1990 and was a more powerful model compared to older ones. Some drivers fitted aftermarket Subaru engines for extra power and economy, but most stuck with the 1.9-2.4 engines that came as standard.

The T5 finished production in 2015, so it is a newer model, and therefore comes with a modern engine that produces a higher average MPG than that of earlier models. It’s also diesel, so the engine will be more powerful than earlier petrol counterparts.

A good average to aim for with the T5 would be mid 30s MPG, but this will vary more depending on what model you are driving.

Being the newest model, the T6 is up to Euro 6 standards. It can accept AdBlue, which helps the performance, and is most prepared for modern roads and driving standards. Made from 2015 on, the T6 is the current model available on the market, with the 6.1 now available to purchase from new.

For the T6, a good MPG would be 35 as an average, however bigger engines or Sportline models will have a lower MPG if driven harder.

Fiat Ducato’s are a popular van for converting. They also have one of the best MPGs out there for vans, with a listed MPG on the current available model of 47.9mpg for the entry level 115bhp model!

Made in the same factory as the Fiat Ducato and Citroen Relay, the difference between the three is the engine and marketing. Where the Boxer matches the Relay is on MPG, with the WLTP figures coming in for both at 34.9 MPG.

The final in the trio of Relay, Ducato and Boxer, the Citroen Relay shares an engine with the Peugeot Boxer so has the same listed WLTP MPG, although its Real MPG from Honest John is considerably higher than either the Boxer or the Ducato.

The Ford Transit is a much larger van and is preferred by those who are going longer distances or need more space. However, the 2021 updates have a combined MPG of 37.7 in WLTP tests so it’s definitely a good van for MPG. And, if you choose the mild hybrid version then you do get a boost of MPG as well.

What does the future hold for VWs in the face of stricter standards?

While only just announced, a new Hybrid T7 is on the way, which should improve MPG for greater fuel economy. In early 2022, a new electric VW Buzz with an estimated range of 250 miles is also expected, also boosting the reach into modern motoring.

Which is the most fuel-efficient VW campervan?

Based on our research, the VW T6 comes out on top of all Volkswagen campervans.

However, there’s nothing to say that a driver of a newly mapped and upgraded T25/T3 couldn’t achieve a higher daily MPG based on driving style, route, and attention to detail.

What is the most fuel-efficient campervan?

Based on WLTP MPGs alone, the Fiat Ducato comes out top with 47.9mpg. However, Honest John’s Real MPG data shows that the Citroen Relay is actually the best with a 32.4 Real MPG, which is quite impressive!

Best ways to improve the fuel economy of your campervan

Being the specialist supplier of parts for all VWs, we can help you to find parts that will improve your fuel economy. Speak to one of our team today. 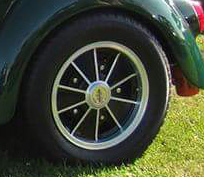