Motorhomes and campervans are consistently at risk of theft. According to findings in England and Wales from the Office for National Statistics (ONS), vehicle-related theft is increasing in cases where luxury motorhome and campervans lack the basic layers of security.

What Vehicles Are More Likely to be Stolen?

The major target for theft is luxury or staycation vehicles, such as campervans or motorhomes. In fact, not only are vehicle-related crimes alarmingly common, but the majority of general insurance quotes for campervans and motorhomes alike have discovered a lack of security measures.

Despite the value of a campervan, which can seem priceless to its owner, approximately 45% of these vehicles lack a basic alarm system, and only 6% of owners have tracking devices fitted.

Vehicle theft is becoming more sophisticated as it learns from technology, just as custom or classic vehicles are greater targets because of their age and lack of security measures. Whether you own a classic or a modern campervan – from a VW T2 Split to a T6 – a vehicle without security creates an increased opportunity for this type of crime.

Additionally, as demand for staycation vehicles grows, the likelihood for theft unfortunately increases with it. Nowadays, campervan security can too easily become secondary when considering all of the optional gear and costs. There is currently no legal requirement for a security device, but does that mean you should risk your campervans security?

How Do You Secure Your Campervan? 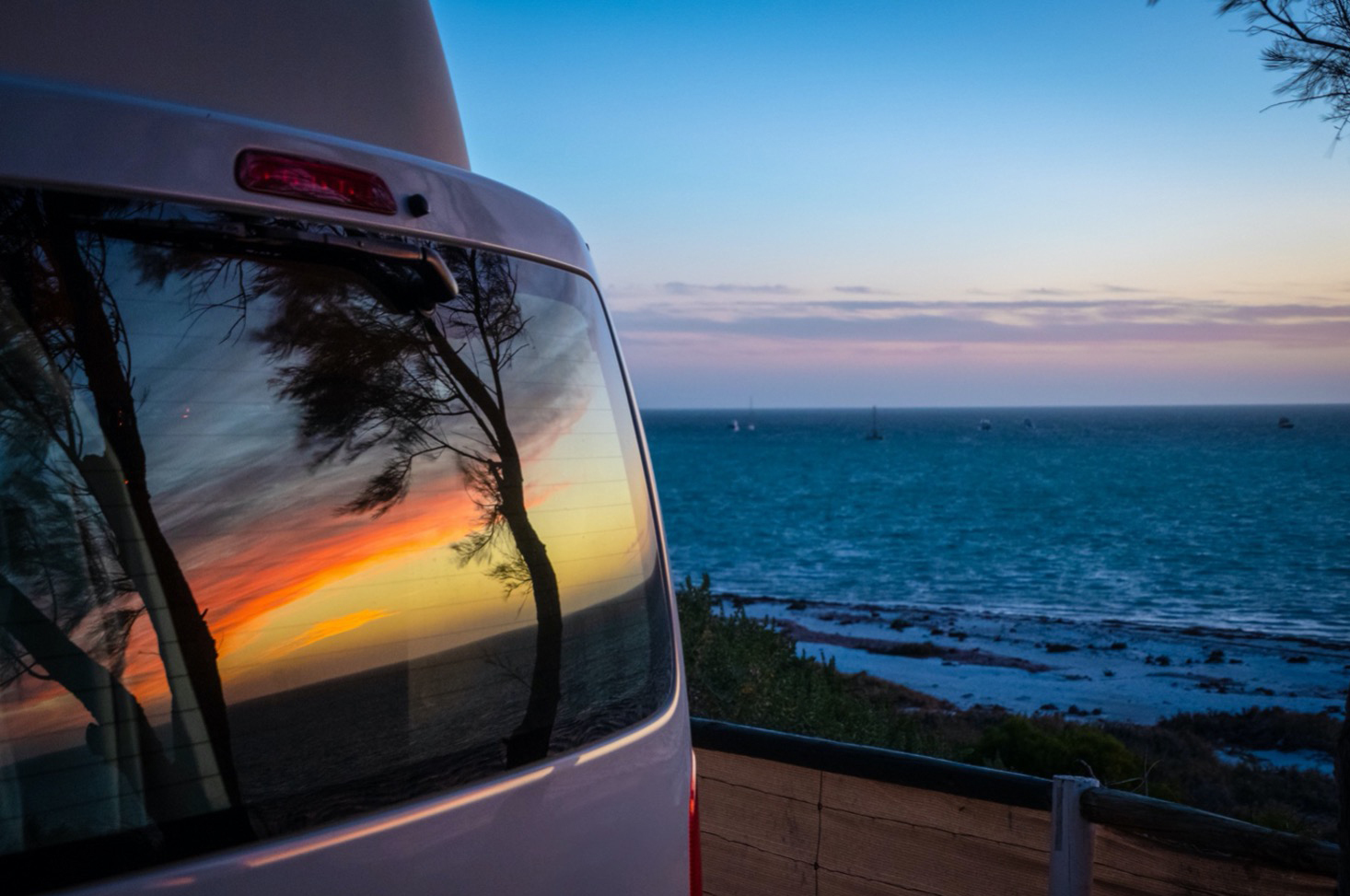 From bright, visible wheel clamps and noisy alarm systems to deadlock wheels and trackers, you can protect your campervan from theft by embracing a number of known security methods. Campervan security comes in many shapes and sizes, ranging from visual deterrents to more technical ones.

You can choose any number of combinations of devices to secure your vehicle from crime. More often, a mixture of visual and technical deterrents are recommended.

The basic security for your campervan should include an industry-fitted and Thatcham-accredited alarm system, which usually rests under the bonnet. This is conveniently activated when the campervan is locked and left unattended, be it on a private driveway or a campsite.

On activation, if your vehicle is disturbed by a thief, it will sound an alarm. It also benefits from a window-sticker, reducing the likelihood of crime by creating a deterrent.

If you have a converted camper, fortunately all vans built from 1998 onwards come with a pre-fitted immobiliser as standard, meaning this will transfer into the campervans final design. Immobilisers work by refusing false engine starts by hot-wiring.

Deadlocks for a campervan

Deadlocks offer a more secure layer of protection for a campervan, by using additional locks to keep it safe. This works on a separate key from your main access fob and is advisable when you intend on leaving the vehicle unattended for longer periods of time.

As a deterrent to casual theft, window security films on a campervan inhibit break-ins, even if brute force is applied. This will reduce the likelihood of a thief accessing your locked vehicle from a window, as the likes of a deadlock alone won’t prevent break-ins or window damage.

This creates a barrier over the steering wheel using a visible blockade or bar. For owners, this is a convenient and easy device to install, and it helps visually deter crime. Further security devices, such as a spare wheel lock, will ensure the safety and security of your spare.

Tracking devices are highly technical, invisible pieces of equipment that can monitor your vehicle’s location if it’s stolen. Popularly, tracking devices may be “Thatcham Approved”, which means they are accredited by a leading authority in after-market security solutions. Therefore, locating a stolen campervan is easier with a tracking device.

Which Anti-Theft Device is Best for my Campervan?

Vehicle theft is a crime of opportunity. This means your best line of defence is a combination of technical security devices, like trackers, and visual or physical ones that can help prevent more casual burglaries.

You can prioritise security devices based on where you intend on leaving your campervan or motorhome when it’s unattended. If you live in a rural or isolated area, such as the British countryside, it may be easier for thieves to remove physical security devices such as security bars and wheel clamps without being detected. Yet, if you’re in a monitored city or other urban area, these devices may be more effective and deter crime.

What is the best security measure for my campervan?

Prevention is the best security method. A combination of visual/physical devices and technical ones should help limit the opportunities for crimes of theft to occur.

What happens if my campervan is stolen?

If your campervan has been stolen, notify the police straight away. Using the crime number from the report you filed, notify your insurance company.

It will help the police to recover your campervan if it is fitted with a tracker. Without proper security measures it may make it more difficult to recover your stolen vehicle.

Does having an alarm and immobiliser fitted in my camper reduce insurance premiums?

The greater the security options fitted in your camper, the safer it becomes. This should reflect in the cost of your insurance premiums, as immobilisers and alarms are recognised as crime deterrents.

What is ‘Sold Secure’?

This is an organisation that tests, verifies and reviews locking systems for a range of leisure vehicles (grading from Bronze to Diamond), coordinated through the Master Locksmiths’ Association. Owners may notice the brand when shopping around for locking systems and other security products.

What is a Thatcham category alarm?

Thatcham is the standard for insurance companies, and many providers will insist that your vehicle is fitted with their alarms for basic security. Devices of a certain standard will receive a Thatcham Security Certification to reaffirm this security.

How does a vehicle tracking system work?

This relies on technical equipment to monitor the location of your vehicle. Typically, the vehicle owner will have a few options with their supporting subscription, whereby they can either buy it yearly, or cover two, three, four or even up to five years at a time. The police will use this tracking service to locate and recover a stolen campervan.

Categories of security systems for this kind of vehicle recovery include:

The difference between categories will depend on your vehicle and its requirements.

How do I check if my campervan has an engine immobiliser?

Since 1998, immobilisers have been fitted into all new vans. This may be done during production, or installed later. The best way to check if your campervan has this fitted is to read the handbook.

How Just Kampers Insurance Can Help

Whether your prized possession is a classic, custom or converted camper, security should be a top priority for an owner. With theft cases rising, owners need to ensure their vehicles are fitted with enough safety and security features to prevent and limit opportunities for crime.

As a campervan insurance specialist, we know the value of a campervan can feel priceless. That’s why we help our customers achieve a reassuring sense of security through their insurance. To find out more, request a quote today.